With the new set of Magic The Gathering ™ comes a new version of MTG Tracker. Let’s see what’s new:

Added Born of the Gods

Obviously, as with a new set, the cards need to be added to the app.

This has been requested many times. Although it was possible to get foil prices via CardShark, most people uses TCGPlayer as a price reference.

Because of the limited space we have on screen, I have removed the high and low prices, keeping only average and foil. The screen looks like this: 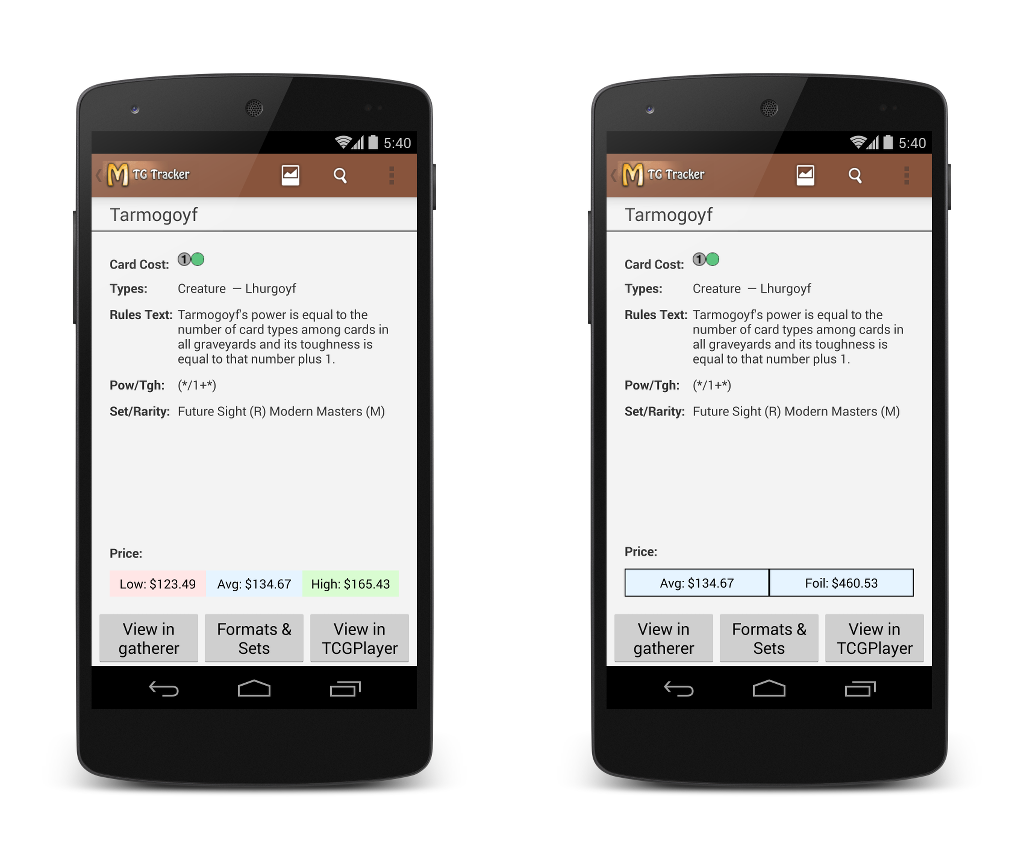 There were a few crashes and misbehaviour on the card list section when used on a tablet. I was aware of the bug thanks to a user that mailed me with very extensive steps to replicate both problems.

Is because of users like this that I love building the best product I can.

Improve rules search: Allow literals (with quotes) and negatives (with ~)

Another feature suggested by a user. Adding more power to the advanced search by allowing literals and negations. Some examples of why this is useful. 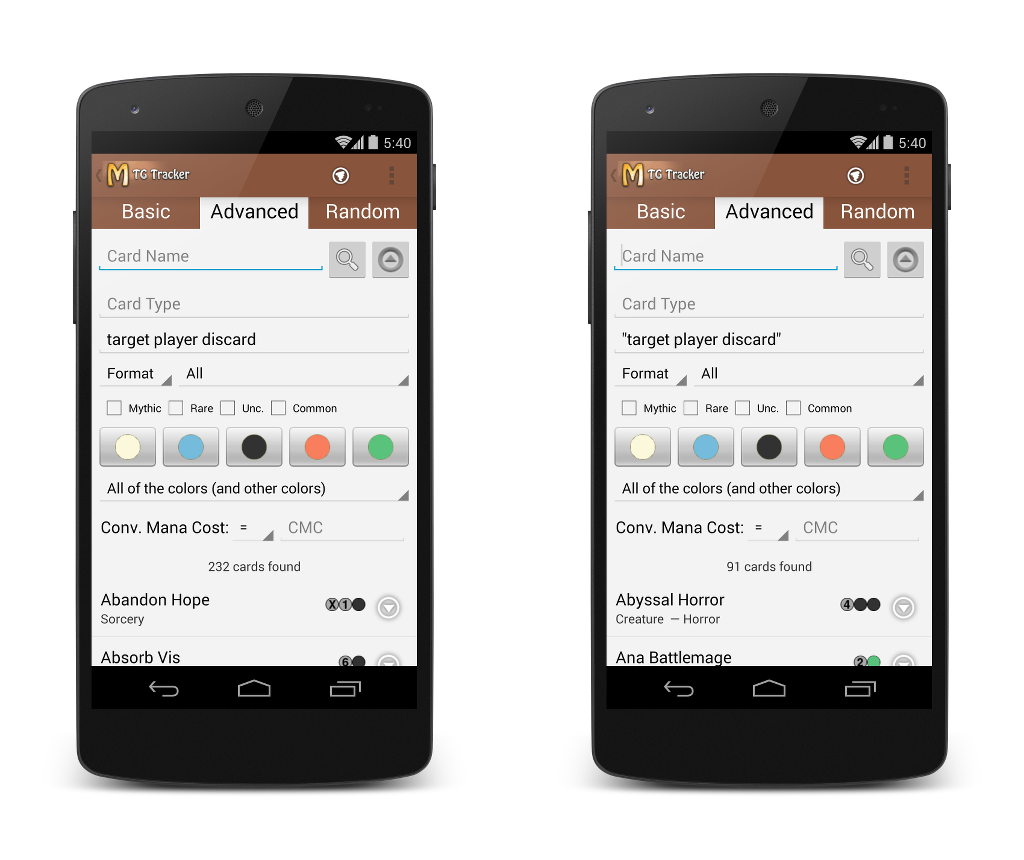 But it gets better, when searching for creature damage, we get almost 2,000 results, but if we want to filter out the cards that do not require to target, we just add ~target to the search, and we are down to “only” 811 cards. Still plenty of creatures that do damage when summoned, but definitely a shorter list. 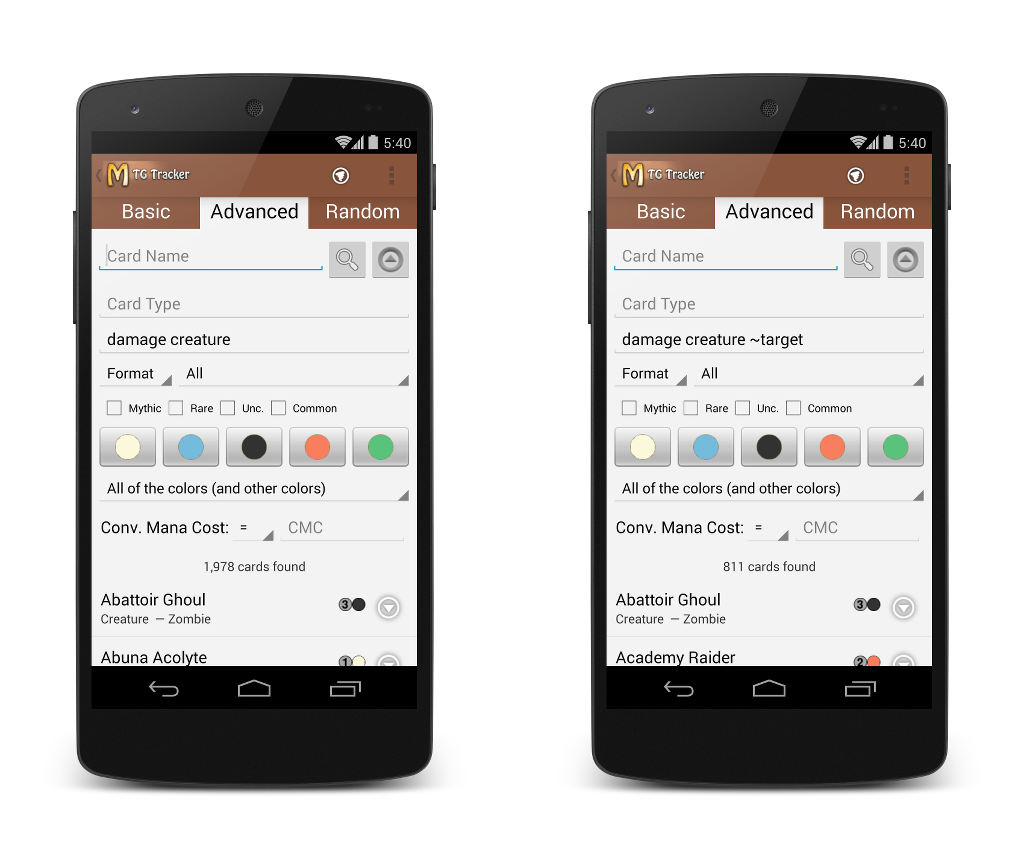 Also a very requested feature, when you use any kind or ramping effect (searching for basic lands) or any type of tutor, searching all the library was inconvenient.

Decks can be sorted by Converted Mana Cost

Cards inside decks have been always been sorted alphabetically, but this may not be the most convenient sorting for some power players. Now the contents of the deck can be sorted by CMC (ascending or descending)

Since the last version, deck screens included the cards casting cost and type. This “extended information” view was very well received and it is now also included on card lists and trade.