It’s been a while since the app became version 5.X, hopefully this will be the last update before we move to 6.0, which will include material design.

But let’s focus on this release. Commander 2014 is about to hit the shelves and here is another update of MTG Tracker.

Until now, there was little to none information about if a list was being filtered or not, just the amount of cards displayed Vs. the total cards in the list.

In previous versions, the filter criteria was shared among card lists, which was a bug that has been solved. Now each card list has now its own criteria.

Also, filters are now cleared when you exit the card list. Before this version they were stored even among application runs, bringing lots of confusion. Combined with the previous bug, it was quite confusing. I hope to have solved all that issues.

Finally, there is a new easy & prominent way to clear the filter of a list as soon as some cards are being hidden by the filter. 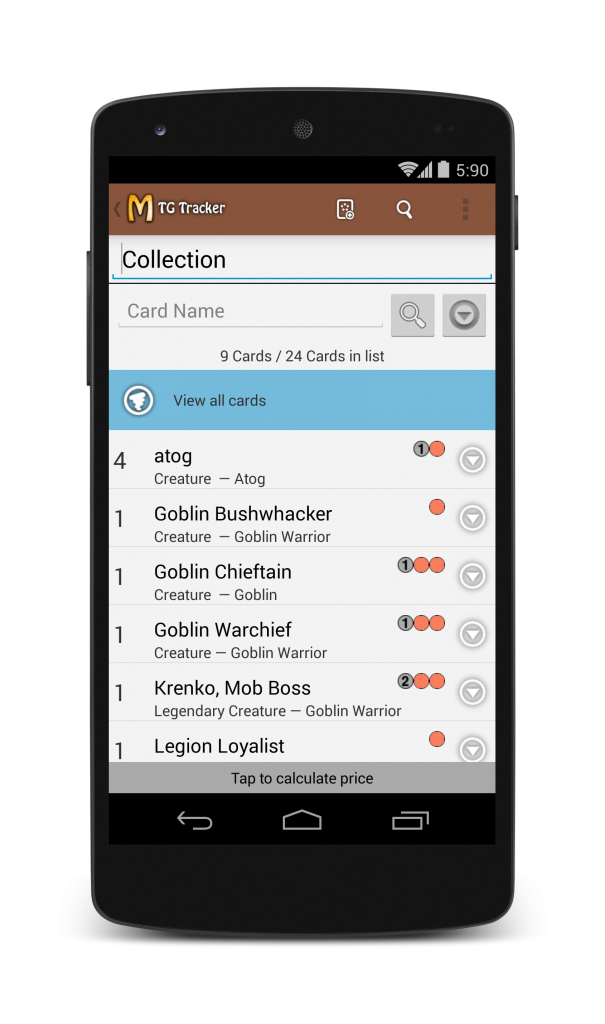