WotC has just released a new set designed for draft: Conspiracy. As any new set, it has new cards, and so, a new version of MTG Tracker is released.

A bit more in detail

So, in addition to including Conspiracy and Modern Event Deck, other improvements have been done.

MTG Tracker has migrated away from ActionBarSherlock and now uses the official ActionBarCompat and DrawerMenu. This visually only means that the icon on the top left shows three lines when it opens a menu and an arrow when it goes back. Subtle, yet important.

The drawer menu seems to be hard to discover, so now the dashboard adds two new items, one of them called “More…” which opens the side menu. You can compare the old and new dashboards and also see the difference in the action bar icon (arrow Vs. three lines). 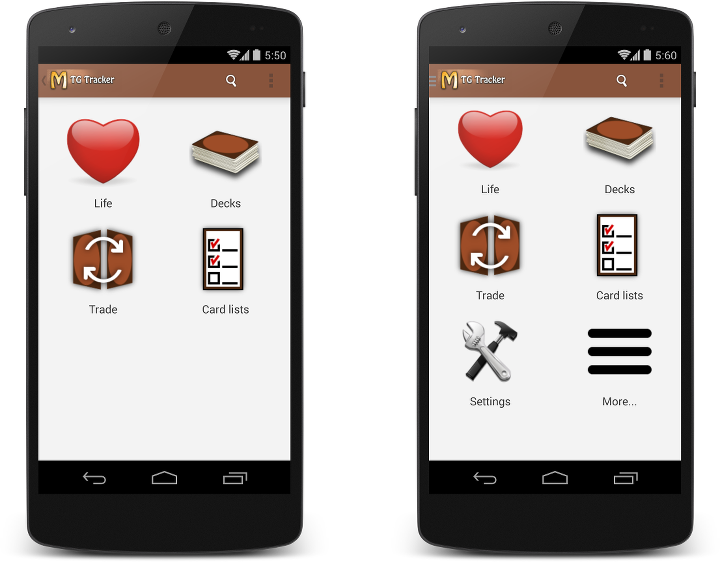 Some animations have been added to the card display and the life counter, they are meant to make the user experience more enjoyable with a more playful design.

When we added multiple lists, the functionality to import cards from a text file inside an existing list was missed. It has been added again, now named “Import Into List”

And a few bug fixes, specially crashes when browsing many cards.